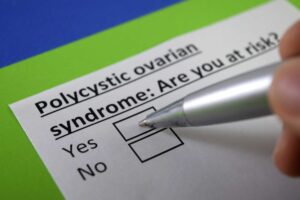 Polycystic Ovary Syndrome (PCOS) is a common hormone disorder in women that is also the leading cause of female infertility, September is recognized as PCOS awareness month.

PCOS is one of the most underdiagnosed diseases in the world, with less than 25 percent of women with PCOS being diagnosed. According to WomensHealth.gov, 10 percent of women of childbearing age suffer from PCOS.

Other seemingly unrelated PCOS symptoms that patients might experience include:

There is currently no cure for PCOS, however Reproductive Science Center of New Jersey offers a few treatment options. For women with PCOS who want to get pregnant, ovulation medications can help.

According to Resolve, The National Infertility Association, due to the wide variety of symptoms, most women are never officially diagnosed until they begin trying to conceive and seek help in getting pregnant.